He has subsequently written eight editions of the Good Bottled Beer Guide for CAMRA Books, as well as The Book of Beer Knowledge (three editions), A Beer a Day and So You Want to Be a Beer Expert? for the same publishers. His acclaimed e-book, Beer Lover's Britain, is currently available for Kindle.

Jeff is a columnist for Drinks Retailing and has written regularly for journals such as What's Brewing, Beer, Morning Advertiser, All About Beer, Restaurant, Brewers' Guardian, Drinks International and Class, as well as in the national press.

Jeff also hosts talks and tastings in the UK and around the world, and has often been heard and seen sharing his passion for beer on radio and television. He has judged beer in more than a dozen countries and has been Chairman of the Judges for the International Beer Challenge since 2003.

Among his awards, Jeff has been judged Beer Writer of the Year by the British Guild of Beer Writers.

He ran the Inside Beer website for ten years and can still be found on Twitter @insidebeer.

As well as specialising in beer, Jeff is widely acknowledged as an expert in popular culture.

He has written numerous books about television, including four editions of The Penguin TV Companion. Other titles include Evans’ TV Trivia (HarperCollins), Midsomer Murders: the Making of an English Crime Classic (Batsford) and Rock & Pop on British TV (Omnibus Press). 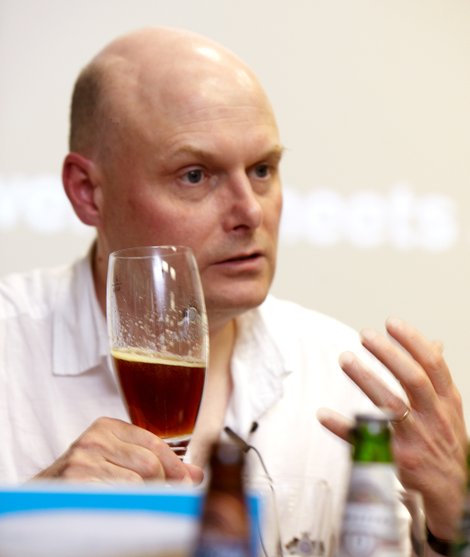